This single serve cinnamon roll in a mug is a great way to satiate your sweet tooth in a pinch. It's made in the microwave in less than 2 minutes. Yes, I'm serious. I hope you try this microwave cinnamon roll because its quick and easy! It also makes for a great kids dessert or breakfast! 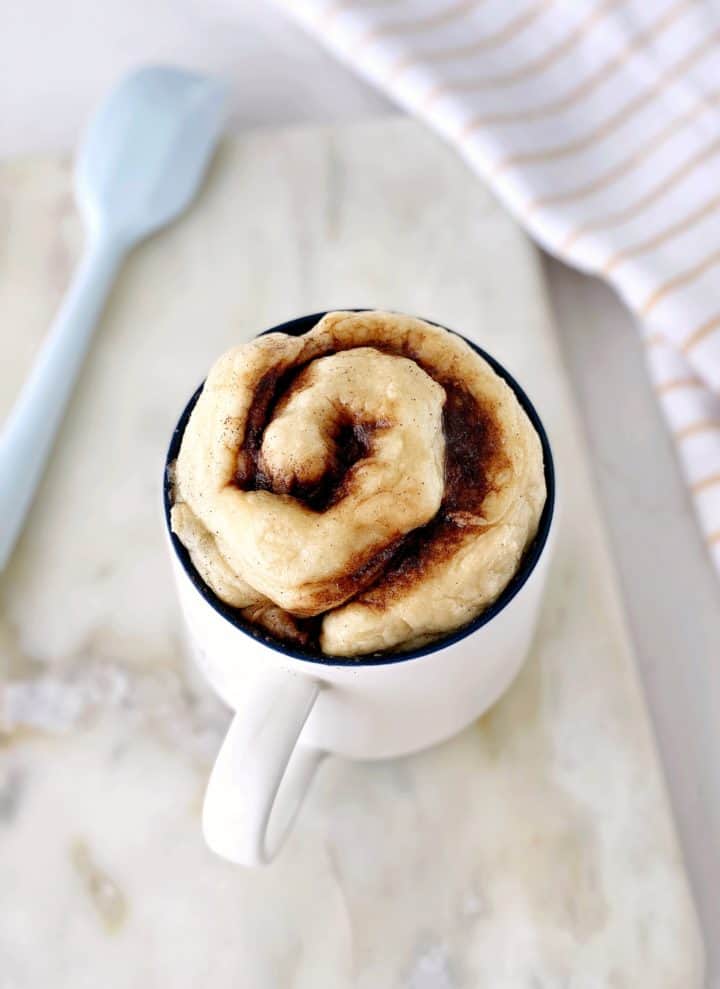 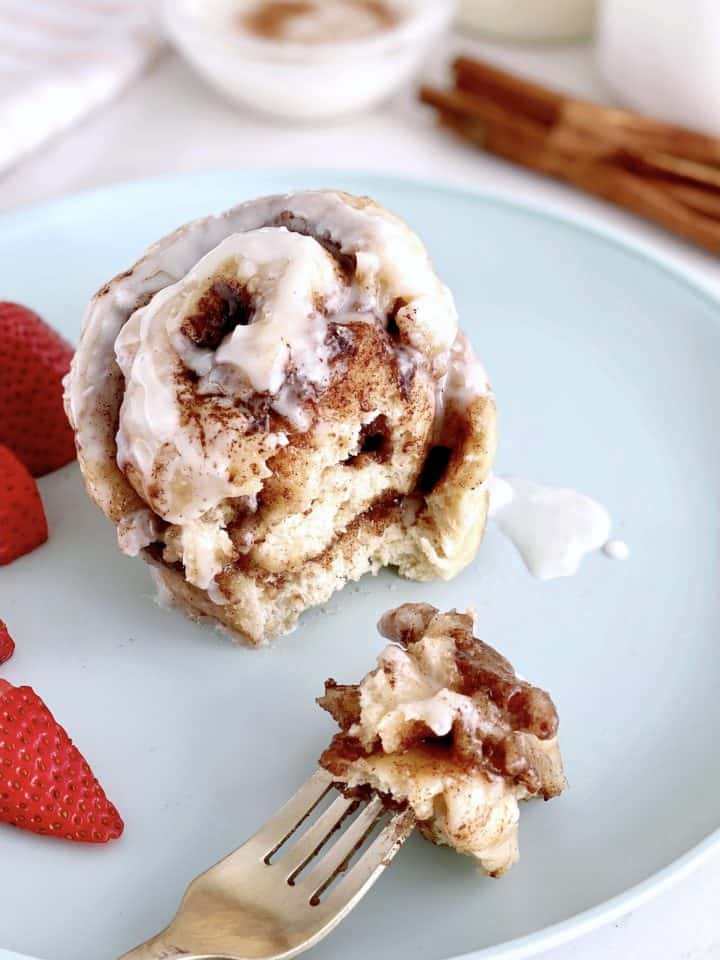 Ingredients For No Yeast Cinnamon Rolls

How to make This Single Serve Dessert 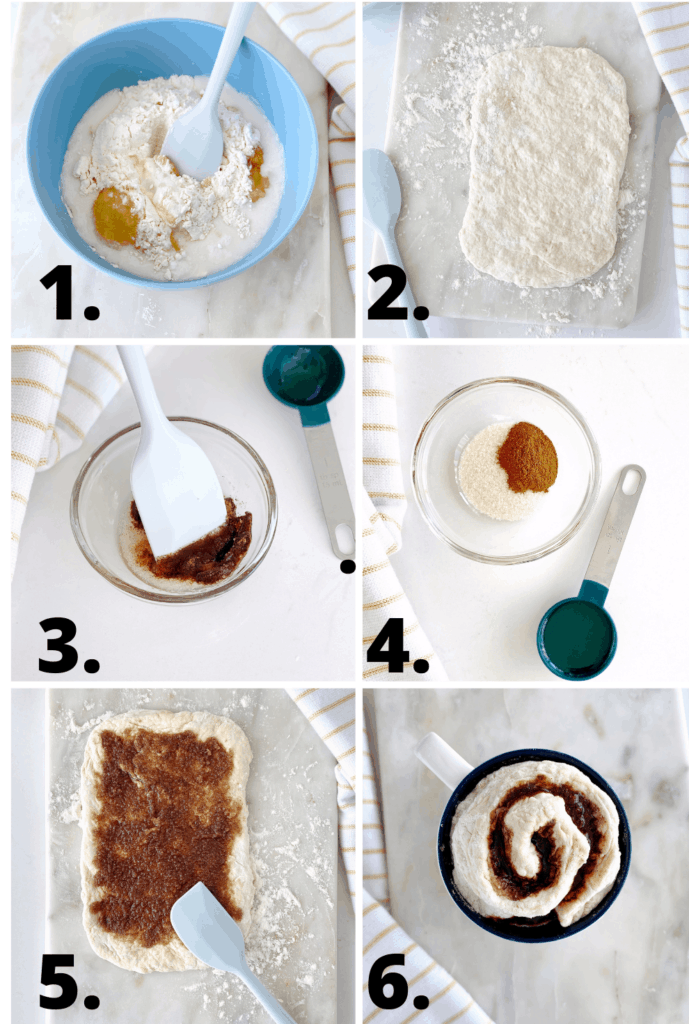 Step by Step Instructions For Cinnamon Roll In A Mug

First, we will make our dough. In a bowl, mix the all purpose flour, baking powder, vanilla, applesauce and 3 tablespoons of milk until well combined. 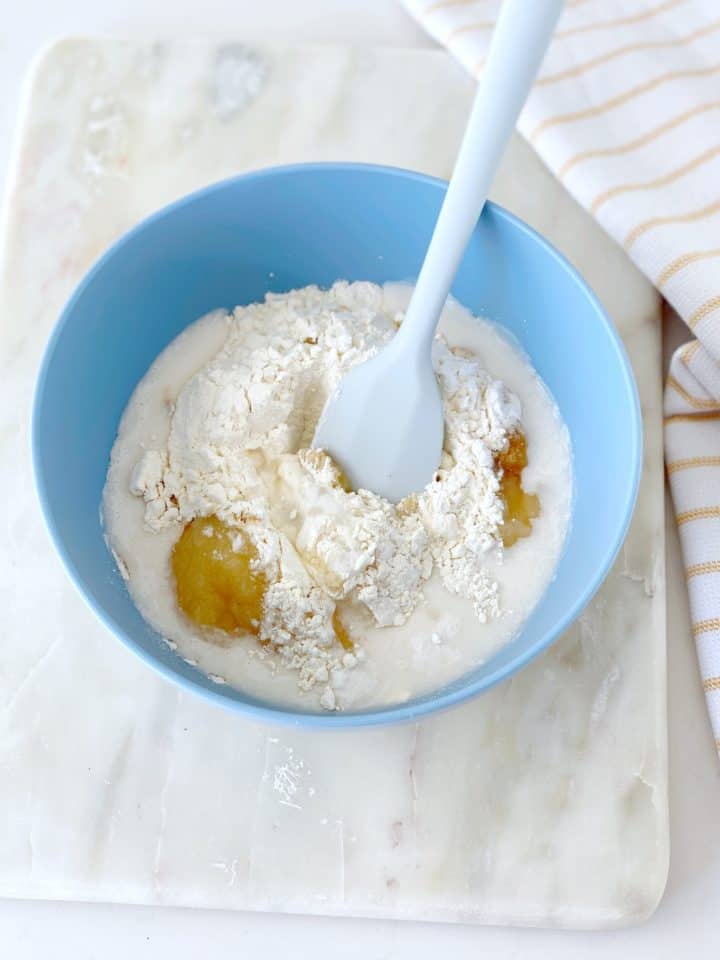 Next, when a dough is formed, remove it from the bowl and place it on a lightly floured surface. Then you'll want to form it into a rectangular shape, this is in preparation of rolling the dough. 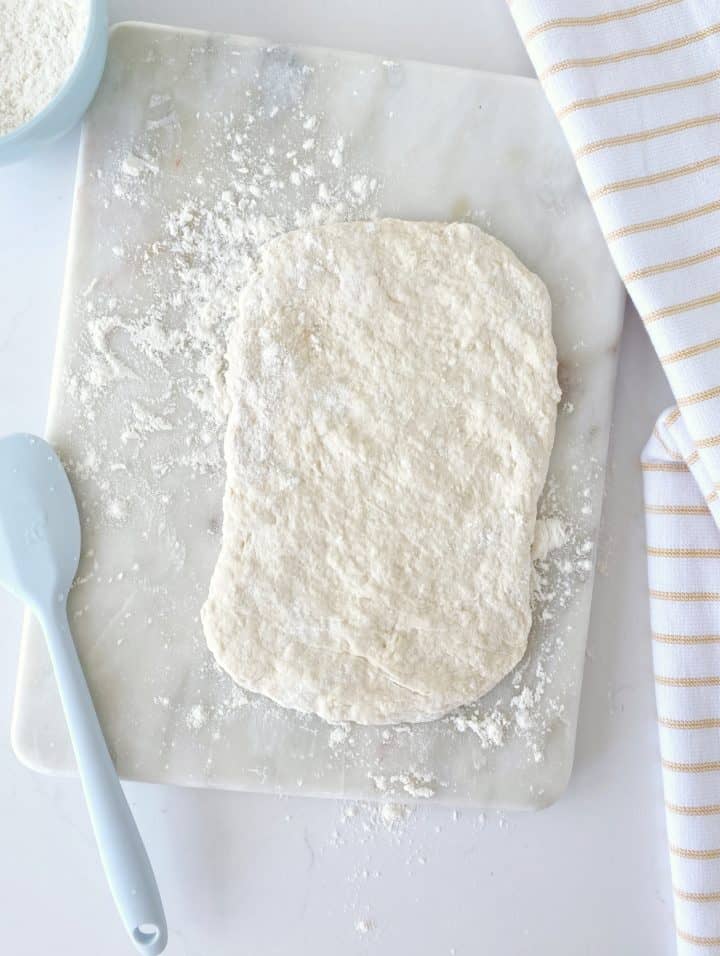 Next up is the filling of the cinnamon roll. In a small bowl make the filling by combining the brown sugar and cinnamon and coconut oil. Once combined, you'll want to add the mixture to the dough. Just spread along the rectangle evenly with a spatula or spoon. 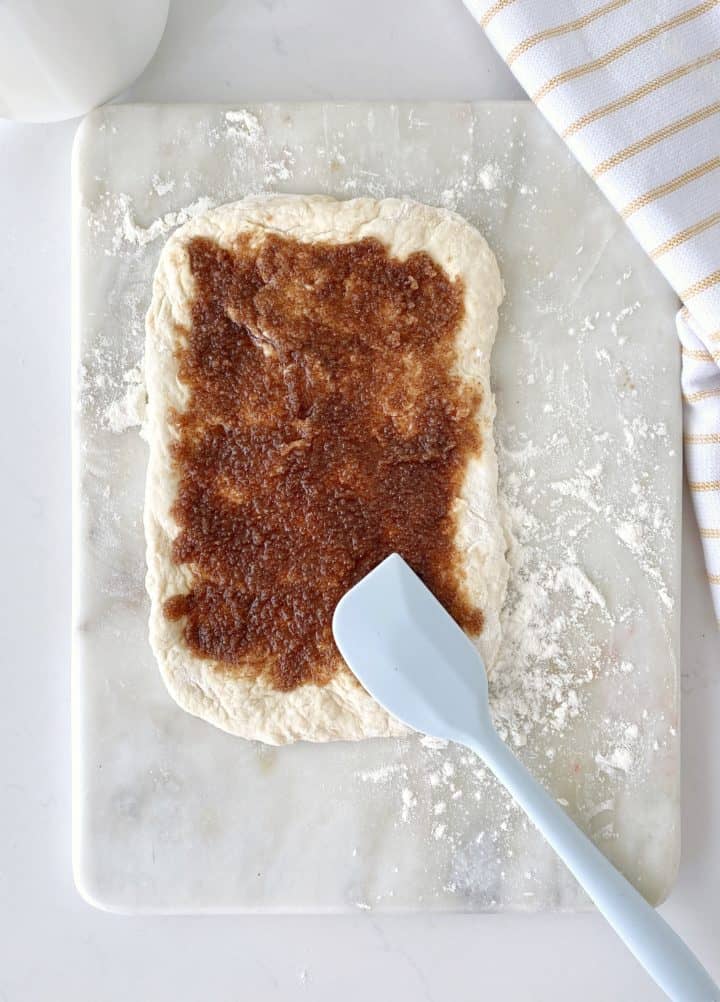 Then, it's time to shape your dough into a cinnamon roll. Roll up the dough horizontally then gently slide it into the mug. 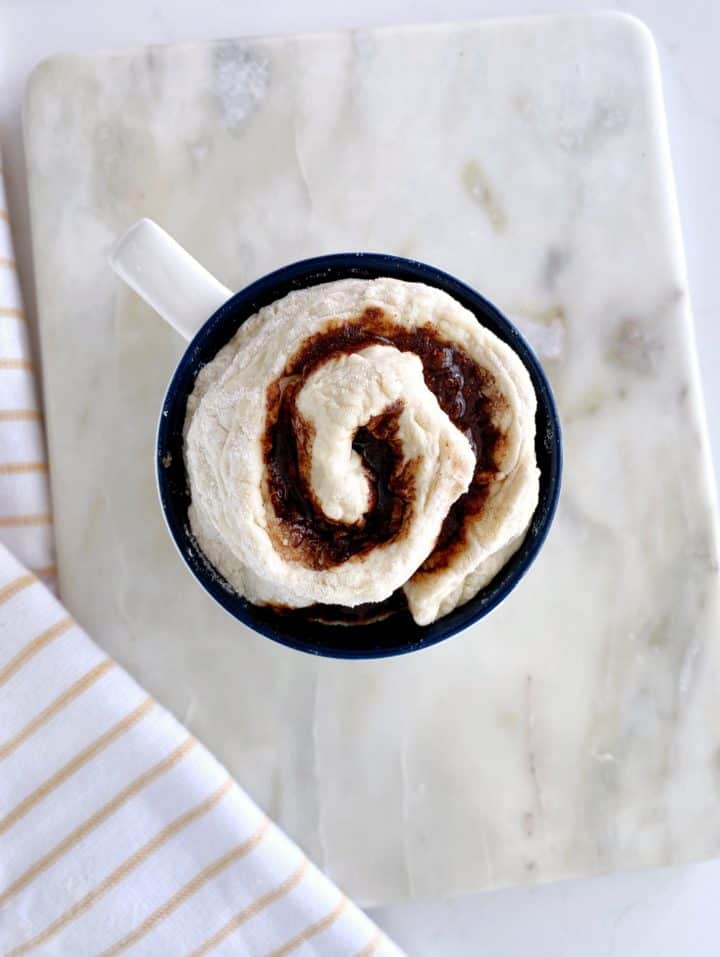 You're almost there! Place the mug into the microwave for 90 seconds cooking time and check for doneness. If the dough still seems a little wet, try to put it back in the microwave for 15 more seconds at a time.  It's important to check in 15 second increments, because just like conventional ovens, microwaves are not created equal. Some are much stronger than others and the last thing you want is a hard or overcooked cinnamon roll.

Once it's ready, enjoy warm  with syrup, nut butter, jelly or a simple glaze. If you want to make a glaze, all you need to do is combine powdered sugar and some milk of choice. It's truly that easy.  Hopefully you like this, because I'm going to be making more microwavable mug cakes. But here's one last look at this cinnamon roll, not bad for a quick craving fix right?

Cook's Tips For This Mug Recipe 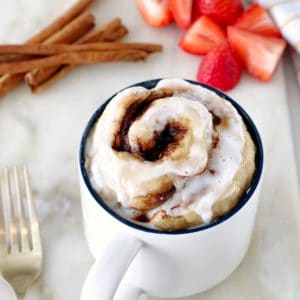 Cinnamon Roll In A Mug Recipe

Hi! I'm Charisse, mom of two boys and lover of anything simple and easy. Here you'll find food for the whole family and things to do with the family as well. I'm all about food and fun inspiration! Read More…

Trying to find something? 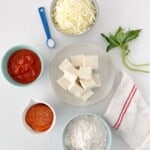 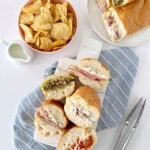 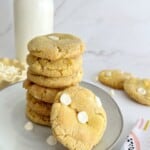 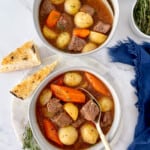 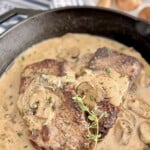